Gender Equality is Not Just a Women’s Issue 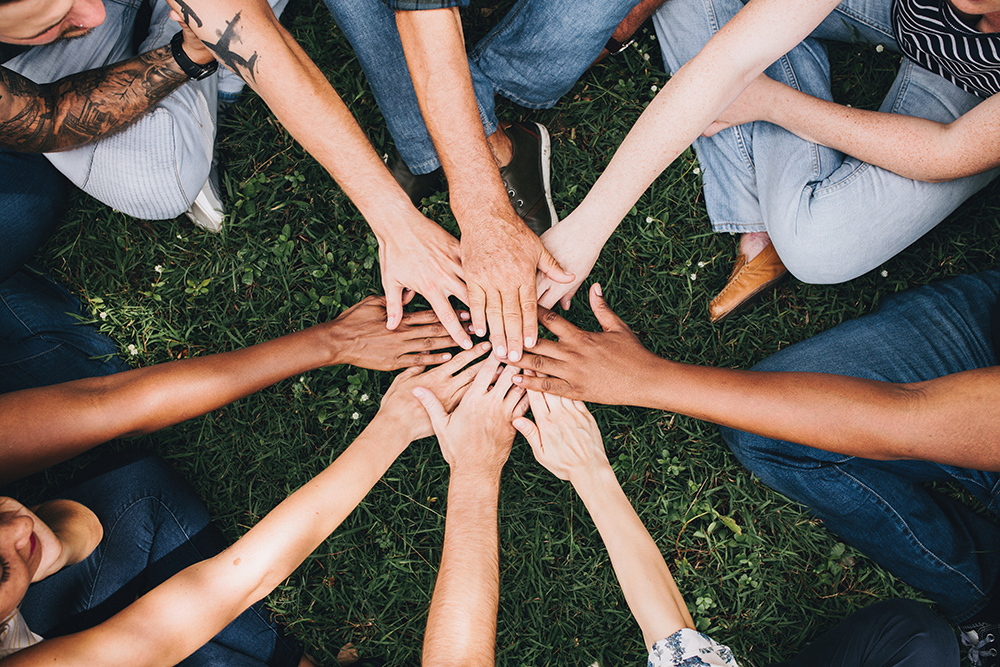 In the pursuit of achieving gender equality, the focus has often been on women: how to remove barriers for the inclusion of women, how to empower women, how to ensure that women gain access to health, economic, educational, and other opportunities. Since inequities are often created by unequal power dynamics between men and women, efforts that shift these dynamics, encourage behavior change, and engage men and boys as allies, are central to making progress on Sustainable Development Goal 5: Achieving gender equality and empowering all women and girls.

Work and research by FSG and others document the benefits of having gender diversity and the importance of incorporating women’s perspectives to improve outcomes for all. Shifting mindsets requires addressing the barriers that affect everyone across the gender spectrum. Here, we discuss 3 reasons why engaging men and boys is critical to improving gender equity and working toward equality.

Equity is relational. Inequities are rooted in uneven dynamics that give disproportionate power to one group versus another. Irrespective of the amount we invest in women, men also need to be willing participants in the redistribution of power between genders.

One critical manifestation of gender inequity across geographies is the disproportionate amount of household responsibilities that fall to women. The burden leads to time poverty—the shortage of time as a result of doing unpaid household work—and can often reinforce the gender gap and unequal power dynamics between men and women. For example, in Brazil, women spend over double the amount of time on childcare and domestic work when compared with their male counterparts, even though the vast majority of women are also active in the workforce. Approaches to empower women and provide opportunities that do not consider this burden placed on women, and the relationship between men and women outside the workplace, can put women at greater risk.

Promundo, an organization that addresses harmful masculinity norms by engaging men and boys serves as an example for the field. In Brazil, they have focused on promoting men’s roles as fathers to foster gender equity in an effort to challenge the notion that women should take responsibility for parenting. They took a comprehensive approach aimed to address gender inequities at the household, society, and policy levels. This included successful efforts to shift national policy to increase paid parental leave for men, campaigns encouraging men to become more involved in parenthood, and education, counseling, and therapy sessions to help men support their partners and children starting with pregnancy. Promundo has seen strong qualitative evidence suggesting that its global efforts go beyond improving the balancing of domestic chores between men and women, to help tackle violence against women and girls, improve maternal and child health, and support the advancement of greater gender equity.

In many cultural contexts, gender norms and expectations for the role of boys and men extends beyond parenthood and can play a powerful role in holding existing behaviors in place. Gendered social norms are rules of behavior to which individuals conform, based on their beliefs that others practice them and that they are expected to practice them. As a result of these norms, men may resist stepping outside expectations of masculinity for fear of being shunned by their peers. Understanding the drivers behind the motivations and behaviors of boys and men can help identify and address unspoken societal barriers to gender equity.

Increasing awareness of gender norms and empowering boys and men to feel confident in shifting their own behaviors is crucial to reaching greater equality. Men Stand Up, a Y-Labs initiative created in partnership with FSG, found that men in several African and Asian countries are typically underserved in family planning, and often do not have access to accurate, unbiased information on sexuality and relationships. These unmet needs around relationship and sexual literacy contribute to barriers for both men and women’s ability to access contraception. For example, the project uncovered that young men in Mali were reluctant to use condoms because they did not understand their benefits. In India, young men learned about sex and contraception primarily through friends, pornography, and mass media, due to a lack of sex education in schools and at home. These dynamics magnify social, financial, and educational vulnerabilities around perceived inadequacies with partners, and affect both men and women in the long run.

A wide range of factors contribute to shaping social norms, making them challenging to change. Companies can have a significant influence in shifting social norms, including gender-related ones, by leveraging advocacy efforts and media campaigns. Gillette, a Procter & Gamble brand, recently aired an ad that played on its tagline –“the best a man can get”– to discuss norms around toxic masculinity and ask what is “the best men can be.” The ad sparked a conversation on social and mass media on some of the norms and stereotypes men encounter that have a negative impact on women and also on other men. The company paired its advocacy efforts with a financial commitment to support organizations that help boys and men become positive role models. Through this campaign, Gillette not only called out harmful social norms but also shed light on how addressing them supports more positive outcomes for all and makes strides toward greater gender equity.

3. Men can use their power to be effective advocates

Another place where men can actively challenge traditional gender norms and expectations is in the workplace. The Women in the Workplace 2018 report demonstrated for the fourth year in a row that women are underrepresented in the workplace at every level, especially in leadership positions. Although multiple factors contribute to this challenge, the passive role that men have historically played in supporting women’s advancement stands out as an important one.

FSG recently conducted research on gender equity in the retail sector and identified 12 evidence-based practices that support the advancement of women from frontline positions. In particular, our research found that career development opportunities are central to supporting women’s advancement. For women in the workforce, particularly those early in their careers, having male advocates can significantly affect their career growth and success. For instance, women continuously report being over-mentored and under-sponsored, particularly by male colleagues. Sponsors are essential advocates that have decision-making power and influence within an organization. They champion their protégés for visible and developmental assignments and commit to seeing through that person’s growth and progression. In retail, a sector where over 60% of executives and senior level managers are male and less than 10% of CEOs are female, the need for active and engaged male sponsors for women is even more critical. Leveraging their influence and power, male leaders not only can support individual women’s career, but can also begin to create inclusive cultures that afford both men and women equal opportunities to advance. Beyond mentoring and sponsoring women, it is important for men at all levels to serve as allies and advocates by committing to advancing gender equity, reflecting on and changing behaviors that contribute to gender inequity, and actively engaging in efforts to reduce disparities across genders.

A narrow focus on empowering women and girls can inadvertently perpetuate some of the deeper systemic challenges that lead to gender inequality. It can hold us back from capitalizing on the social, economic, and political benefits of a more equal and equitable society. Supporting gender equity requires a broad range of actors—including companies, foundations, and NGOs—to engage boys and men as supporters, participants, and allies in the fight for gender equality.