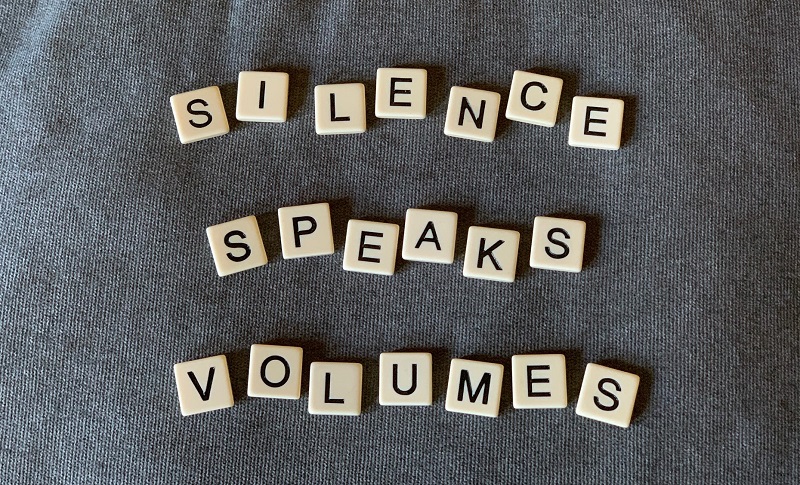 In the wake of the continued murders of these and too many other Black people, corporate America is struggling to respond. While some corporations have offered public statements of support, too many remain silent and far more fail to follow up words with actions.

Corporations in America, and around the world, have remained silent in—and unwilling to examine—their role in racism for centuries. As we have learned at FSG, an organization’s silence is noticed, and it speaks volumes.

In our conversations with clients about their social impact work, we see that many corporations struggle to utter the “E” word (equity) or the “R” word (racism). In a similar fashion, many of the recent statements released by major corporations such as Target and the NFL did not use the words “race” or “Black.” After being called out, many have pulled or revised their statements, but almost none openly condemn police brutality and white supremacy (unlike Ben & Jerry’s).

No matter how well-crafted or well-intended, it is not enough for corporations to just make public statements and large donations to racial justice organizations like the NAACP Legal Defense and Educational Fund or Black Lives Matter. Without action, these statements can land as nothing more than platitudes from a PR playbook.

Don’t get us wrong. Giving resources to racial justice organizations is important and companies should continue writing these checks, especially in the midst of record unemployment and a pandemic that are disproportionately targeting Black people. But charity alone is not enough. As community organizer and Harvard Kennedy School lecturer Marshall Ganz notes: “Charity asks ‘what’s wrong, how can I help?’ Justice asks ‘why is it happening, how can I change it?’” Charity takes care of today; justice takes care of all the days to come.

While most companies stick to the safe script, some are taking specific steps. Visa established a Black Scholars and Jobs program, including a $10 million college scholarship fund for Black and African American students with a guaranteed job for all recipients who meet certain requirements. ViacomCBS halted programming on Monday, June 1 across CBS Sports and its entertainment and youth brands for 8 minutes and 46 seconds to protest George Floyd’s murder, and partnered with Color of Change to ask viewers to demand an end to police brutality.

These actions are an important and necessary start, but real, lasting action and justice cannot come until companies are willing to do the hard work of introspection and reckoning. For example, CBS has its own troubled history with lack of diversity in programming. TV crime programming perpetuates harmful stereotypes that “demonize people of color” and normalize racial injustice. Visa has the opportunity to pair its program with an acknowledgement of its own past and racism in the credit card industry. Credit card companies systematically charge Black and Latinx customers higher interest rates unrelated to credit risk, and take advantage of structural and institutional racism present in credit monitoring systems that create disproportionate barriers to accessing financial systems and housing for Black and Latinx communities.

Companies cannot sufficiently address legacies of bias and racism without first reckoning with the ways in which their industry and company have benefitted from as well as contributed to systemic, institutional, and casual racism. The deeper awareness that results and acknowledging this history is vital for companies to repair relationships internally with employees and externally with customers, suppliers, and the community.

We’ve learned this truth the hard way at FSG. As we go through our own reckoning process, we are recognizing where we have fallen short on speaking up, using our voice, and challenging racism and anti-Blackness internally and externally. In doing so, we too have been complicit in reinforcing these societal norms that do not prioritize the very populations for which we aim to “reimagine social change.” It’s been a painful but important learning journey, and it’s only just begun.

One of the most frequent pushbacks we run into when talking with companies about racial equity is the idea that they tried but “didn’t see a return on investment.” This framing is flawed in and of itself. The idea that, in order to value human lives equally, a corporation must see positive and comparable business returns is racist and highly problematic given the centuries of structural disadvantage faced by the Black community, with full participation of the corporate sector. This mindset is a modern echo of the same ‘logic’ used to rationalize redlining, and doesn’t account for failures of the business to structure themselves and work differently to better serve the Black community in ways that could yield higher returns. For those that need it, many organizations—including FSG, PolicyLink, the W.K. Kellogg Foundation, and many more—have written extensively about the business case for racial equity.

So where do you start?

Accept that you are part of the problem. The fact that you’re only speaking up and asking now is part of the problem. For decades, companies have profited off Black culture and Black consumers while systematically ignoring them in their processes—from talent hiring and retention to product development and decision-making.

If companies want to be authentic in their responses to the murders of innocent Black people and in their commitment to creating lasting change, the first thing they must do is to stop pretending there isn’t a problem. If you deny that racism exists, pretend that it doesn’t affect your organization, or you remain silent, you are complicit to the problem. Inaction enables the current system to continue unchanged, which is akin to being complicit in the centuries of harm inflicted on Black and Brown people. Companies based outside of the U.S. or multinationals may view racism as a U.S.-specific issue. In fact, U.S. racism stems from a broader history of European colonialism and a desire to extract labor and resources from others at minimal to no cost. Colonialism has left its footprint in almost every corner of the world and continues to live through the structures and operations and ways in which companies conduct business globally.

Proactively create spaces to listen to your employees of color, customers of color, and other stakeholders of color. Don’t wait for them to ask for your attention. Attend to power dynamics so it is safe for people to speak.

Internalized white supremacy in the workplace often causes us to create blameless narratives for people in power and to avoid confronting the reality of the racism that exists within an organization’s culture and operations. Doing so absolves people with power from proactively promoting racial equity, perpetuates harmful internal culture, and puts the onus on people with the least power to take responsibility for change. Stop putting the burden on people of color to raise their voices. Use your power to give them a channel to express their concerns, to identify where your organization has been complicit in and contributes to systemic racism, and to offer solutions. Doing so can help unlock new and innovative ways of working that have a stronger likelihood of addressing the root causes that contribute to outcome disparities.

Break norms of silence and inaction, and execute on the suggestions. Listening without action is almost worse than doing nothing.

There are a number of commitments companies can make to advance racial justice—including anti-racism personnel policies, racial equity training, pay equity, giving employees a voice, and democratizing employment applications—as FSG’s co-founder Mark Kramer wrote in HBR. Most companies don’t do one, let alone all ten. Don’t let perfection be the enemy of the good—get started. At FSG, we don’t do all ten, and we continue to challenge where we can do more—starting with this list, exploring how we work as teams, and how we work with our clients and partners.

Don’t simply invite your Black and other employees of color as a guest to the conversation; give them a seat at the table. Create a culture of belonging by making them a permanent part of these and other leadership conversations. Promote their ideas and give them the credit they deserve. Research shows that employees of color shoulder most of an organization’s burden of racism, do most of the company’s emotional labor when it comes to issues of diversity, equity, and inclusion, and are paid less than their white counterparts for the same work.

Doing so starts at the top. Boards and company leadership should have representative composition across diverse groups, especially those historically under-represented in your industry (e.g., Black, Indigenous, and Latinx communities in science and medicine). There are only five Black CEOs among the Fortune 500 list. Many corporate boards still don’t have a single Black person among their members. If you don’t have them in your Board, you won’t have them in the C-suite. If you don’t have them in the C-suite, you won’t have them in your management teams, and so on. This means going beyond investing in diversity recruiting to holistic culture change (overhaul) in ways that mentor, sponsor, retain, and promote people of color in the same ways that white employees have received (and taken for granted) for years. It also means recognizing when you might need to give up your own power and privilege to make room for underrepresented voices, like founder and former Reddit CEO Alexis Ohanian who stepped down from his Board position to fill it with a Black board member.

It is no longer enough to say your organization is “not racist.” Corporations must be actively anti-racist. Author Ijeoma Oluo defines anti-racism as “the commitment to fight racism wherever you find it,” and notes “the beauty of anti-racism is that you don’t have to pretend to be free of racism to be an anti-racist.”