What is a Theory of Change? Really.

Katelyn Mack
Share
What is a Theory of Change? Really.
November 24, 2015 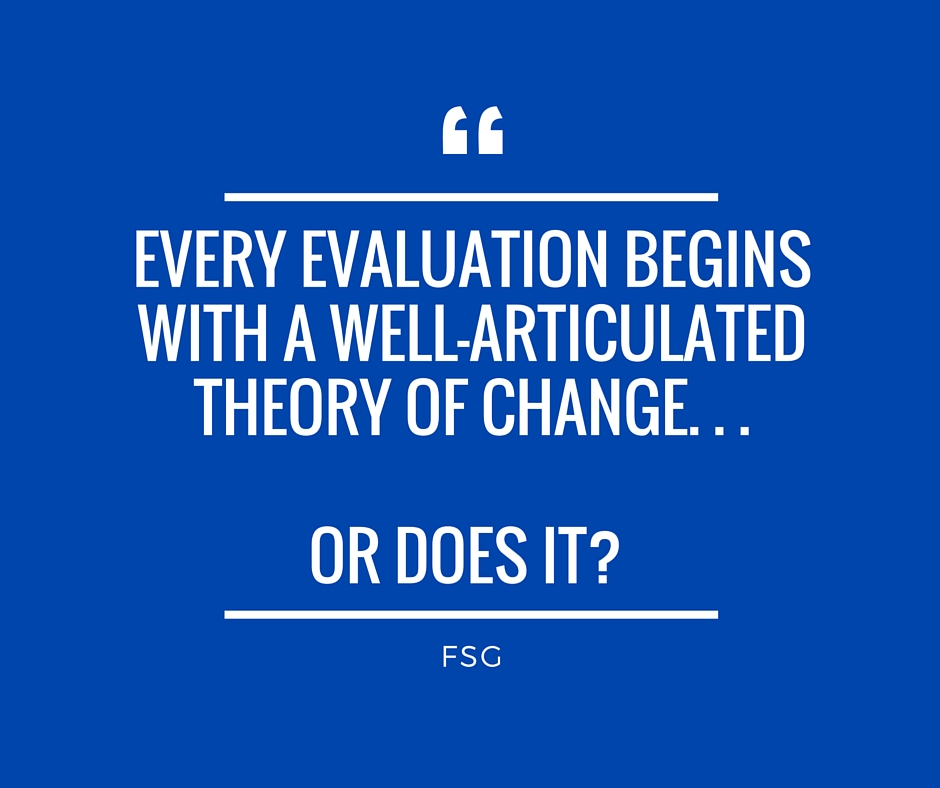 Recently thousands of evaluators came together in Chicago to celebrate the growing field, share exemplary practices, and to push our collective thinking on how evaluation responds to the complexity of social change efforts.

During the conference, my colleagues and I facilitated a discussion among about 40 evaluators about what complexity means for thinking about and using theories of change. Our conversation was designed to build on questions that emerged during our webinar on Evaluating Complexity last year.

One of the questions we tackled as a group was:

“What are the essential elements or “minimum specifications” of a theory of change for complex initiatives?”

Our conversation led to the following insights that highlight what the key elements might be:

There is an important note and caveat to this discussion. First, it is important to note that a theory of change reflects a “best hypothesis” for how change is expected to happen. As an evaluation unfolds, data may call into question whether hypothesis should change. Theories of change, especially for complex initiatives, should be refined over time.

Second, theories of change are not always the best starting point for an evaluation. When complex initiatives are in their planning and early implementation phases, there is rarely a clear sense of what’s happening or where to intervene. Rather than guessing how best to effect change at the outset, evaluators and practitioners can work together to collect the data that helps a complex initiative arrive at a theory of change as a product of the evaluation, rather than an input into it. System mapping has replaced the theory of change conversation as a starting point for some developmental evaluations, including those underway at the William and Flora Hewlett Foundation and Kresge Foundation.