Systems Change Is a Noun and a Verb

Ursula Wright
Share
Systems Change Is a Noun and a Verb
July 16, 2019

There are generally three types of problems: simple, complicated, and complex. Simple problems, such as needing to change a light bulb, can usually be addressed by commonly known solutions that are relatively straightforward to execute. Complicated problems such as needing a root canal usually require the involvement of experts to solve, but the problem itself is easily defined and the influencing variables can be isolated. Complex problems, like raising a child or alleviating poverty, on the other hand, don’t have clear causes and their influencing variables can’t be easily isolated. Because it is difficult to define the problem in these situations, steps for solving complex problems tend to lack clarity or may seem abstract.

Chronic community level challenges fall into the last category of problem, but traditional approaches to solving community problems often failed to adequately address the inherent complexity. For far too long, placed-based initiatives and community revitalization efforts were designed for incremental improvements to discrete problems. This would often manifest as many programs working in isolation of one another that were good at treating the symptoms of a community’s problems, but never managed to address the root causes. As such, these “program rich and system poor” efforts did not untangle the underlying and intersectional issues that had compounded over time, effectively creating an environment that held problems in place.

In order to solve complex problems we need to see and leverage the entire system. However, the language of systems change can sometimes be abstract, making it hard to get started. Fortunately, collective impact provides us with a familiar and accessible way to approach systems change.

Collective impact is a structured, multi-sector approach to changing systems for improved population level outcomes. Unlike other approaches to collaboration, collective impact is defined by long-term alignment around a common agenda that seeks to address root causes of a systemic problem.

Across the globe, collective impact approaches have been structured to shift conditions that hold problems in place. While no two efforts are identical in their design, leaders focused on chronic community level challenges frequently structure collective impact in four distinct phases once it is determined that readiness exists to move forward with collective impact: 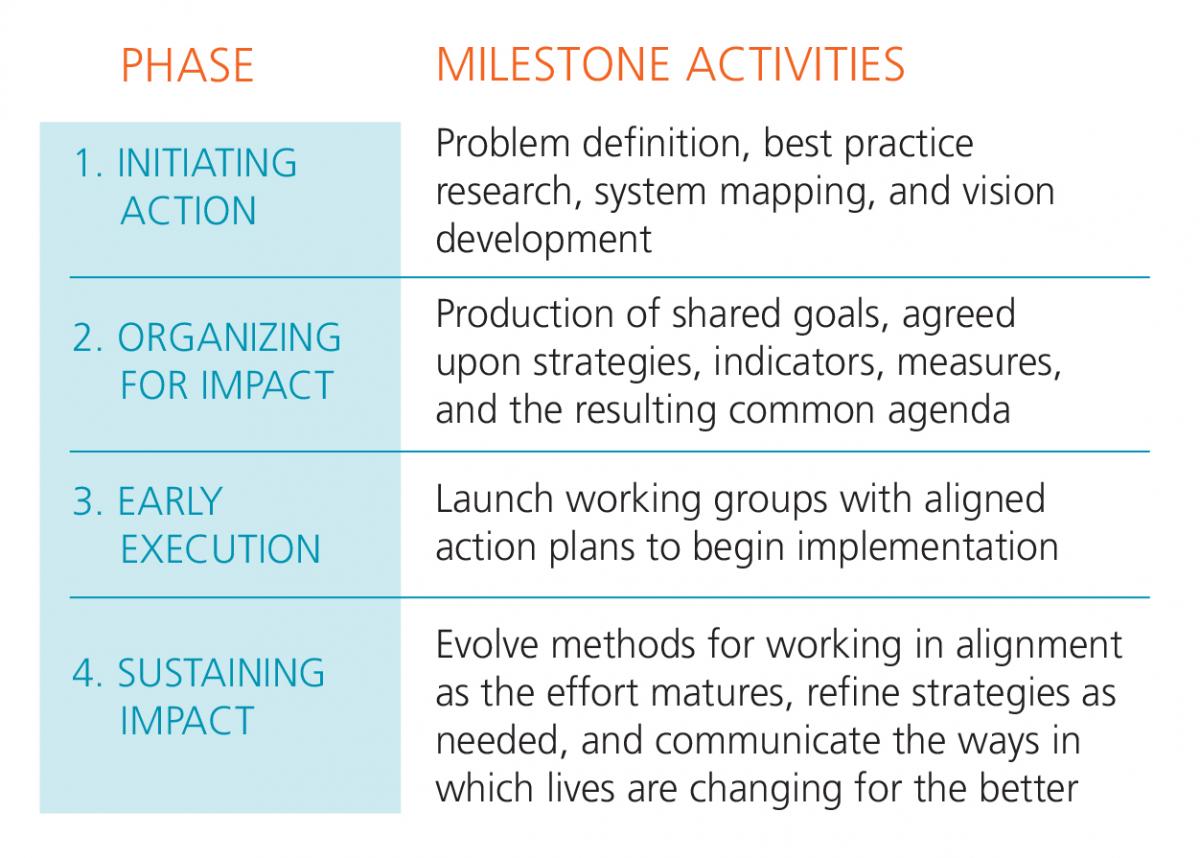 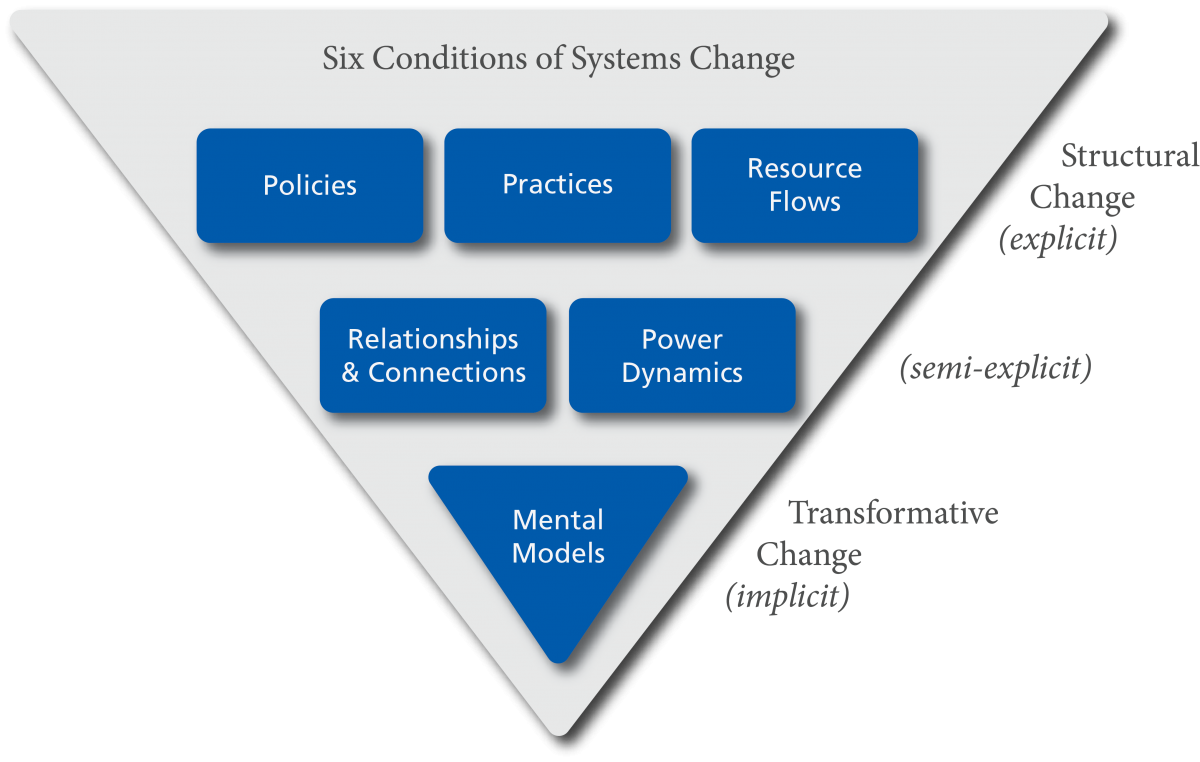 Each phase builds upon the last, both fueling and reflecting a systems change journey. When Initiating for Action, mental models shift as a shared understanding of a societal problem is created by the participants and the initial vision for collectively solving the problem is shaped. The work of the Organizing for Impact phase exposes existing power dynamics and connections—among the participants and others entities in the system—while also reframing relationships through the inclusive conversations and collaborative decision making required of the common agenda development process. Lastly, the Early Execution and Sustaining Impact phases of collective impact produce the types of explicit structural outcomes most commonly associated with system change.

Despite recent message frames in the social sector, collective impact and systems change are not mutually exclusive. Systems change is both a process and an outcome. Both a verb and a noun. Collective impact is literally an approach for leveraging representatives of a system to change the conditions associated with a complex problem. So, those wishing to remedy large-scale, community problems by systemically addressing their root causes shouldn’t feel overwhelmed by the prospect. Success stories have existed for decades!  In fact, great examples of how collective impact have achieved systems change were shared at the 2019 Collective Impact Convening—including a session titled Getting to Impact: A Framework that Changes Systems and Outcomes.