The Gender Diversity and Inclusion Imperative: An Interview with Inez Murray 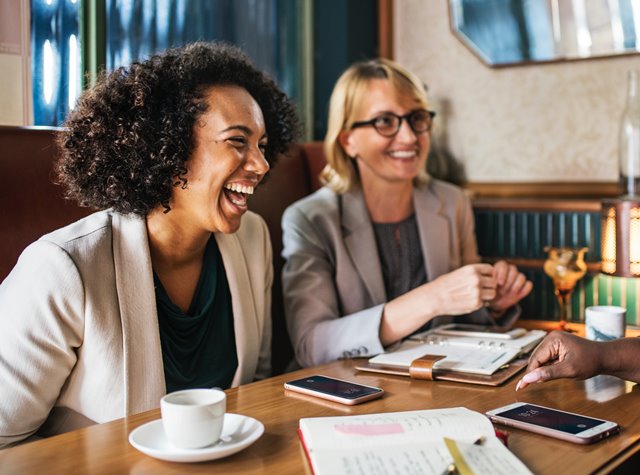 The Global Banking Alliance for Women (GBA) is a peer learning network of financial services providers working around the world to tap into the power of the women’s market. Led by Inez Murray, the GBA’s Chief Executive Officer, the organization launched a Working Group on gender diversity and inclusion (D&I) in October 2017 to explore best practices in recruiting, retaining, and advancing women in the workplace, and to establish how these practices can help businesses effectively serve women customers.

FSG provided consulting support to the GBA for its Working Group, comprised of 62 business leaders from 29 financial institutions. Insights and recommendations from this work are highlighted in the GBA’s latest brief, “Unlocking the Potential of the Women’s Market: The Gender Diversity & Inclusion Imperative.”

Here, we interview Inez Murray about this work.

Why did GBA launch itsWorking Group focusing on gender D&I?

The Global Banking Alliance (GBA), at its core, is a peer learning association of like-minded financial services providers who offer women a holistic value proposition – not just access to finance, but also to information, education, networking, and recognition for their achievements. This Working Group topic was requested by our membership. We know that putting in place gender D&I practices is an important lever in having success in the women’s market, and this Working Group sought to understand that relationship more deeply. What we found is that there is a symbiotic relationship between the internal and the external – being better at gender D&I means you’re better at serving the women’s market, and in turn, serving the women’s market can be the impetus for putting in place stronger D&I practices.

The outcomes of the Working Group are highlighted in your new brief. What is the report asking banks to do differently?

Financial services providers in the GBA network have known for quite a while that building a sustainable presence in the women’s market really requires understanding women’s needs and developing holistic value propositions to cater to those needs. For these strategies to be successful, the teams that are developing and executing them – as well as those in key decision-making roles – need to be representative of the end users. Diverse teams also bring diversity of thought, skill sets, and know-how, all helping the teams to perform better overall.

We also know that the processes of becoming gender aware and inclusive require a concerted, organization-wide commitment. Everyone has to be on board: from the CEO and other upper management, who have to champion and reinforce these messages; to HR, which needs to implement supportive policies and procedures; to the staff who need to embrace and benefit from it. Often this requires a culture change – shifting mindsets and unpacking unconscious biases that are negatively impacting female staff and limiting success with women customers. This report is a call to action for banks that are serious about serving women customers well to incorporate gender D&I as a key component of their strategy.

GBA members are already working to understand women’s needs and design customer value propositions that truly meet those needs across women’s life cycles. But where the rubber meets the road is really when she walks into the branch or has an experience with the financial services provider. How does she actually feel? Are they offering solutions to the problems she is facing, or are they pushing products? Are they spending a sufficient amount of time with her, giving her the information that she needs? It is the ability to have meaningful conversations and to build trust that makes the difference.

Many of our institutions have implemented gender D&I initiatives that reach across their organizations and through to the salesforce, conducting unconscious bias workshops and training their staff to have conversations with women customers that they really respond to. Women’s experiences with their banks can be dramatically improved by these measures, with the bank in turn benefiting from more, deeper, and longer-lasting relationships with women customers.

How can we urge organizations to see gender D&I as a business imperative? What do experiences from GBA member banks show?

In recent years, there has been research proving that gender D&I has positive impacts on organizational performance – from higher returns to increased productivity. McKinsey’s research in 2017 on 1,000 companies across 12 countries shows that companies in the top quartile for gender diversity at the executive level were 21 percent more likely to outperform on profitability and 27 percent more likely to have superior value creation. So the business case has been made. What’s less understood in the financial sector is that there’s a direct link between becoming an employer of choice for women and becoming a bank of choice for women.

That’s what we’re arguing here – that gender D&I is imperative to capture the women’s market. Members that we’ve profiled have shown significant business impacts from these efforts. For instance, the Royal Bank of Scotland Group set up an internal women’s network about 10 years ago, which was pivotal in increasing women’s visibility and helped boost its Women in Business program. BLC Bank’s We Initiative was a powerful signal to the market, leading to an increased number of applications from women and a big uptick in sales to women.

Performance data from GBA banks comparing institutions that are just starting out in the women’s market and those with mature programs that have been in place for more than two years shows that banks with mature programs employ 19 percent more women and have 46 percent more women on their boards than those with less mature programs. They also have more women as customers, and a higher percentage of their credit portfolios and deposits are held by women. There is a strong correlation between having a “Women’s Market” program in place and greater representation of women at all levels inside the institution, as well as stronger performance with women customers in general.

When you think of those strong examples, what are the big challenges they need to overcome in order to achieve gender D&I outcomes?

Probably the biggest challenge is getting women into leadership positions in, the financial services industry. Right now, industry stats show that women comprise two-thirds of financial services support staff and half of professionals, but their numbers decline significantly as they move up the hierarchy to the executive levels. Part of this challenge is around women taking breaks or leaving the workforce mid-career, whether for childcare or other reasons. Another part of the challenge is that at the senior level – pre-c-suite – we see that women are exiting at higher rates than men. Financial services providers need to do more in order to recruit and retain women and bring them up into positions of leadership. In the brief, we map out some of the main ways that this can be done, like introducing flexible work programs, going beyond mentoring to actually sponsoring women in leadership, and identifying alternative recruitment channels to get more women in front of interview panels.

What advice did the Working Group yield for executives who lead women’s market programs or those who lead HR as they champion gender D&I?

The key takeaway was the importance of conversation and collaboration between those two teams. If HR is integrated into conversations on how to execute in the women’s market, they can support the women’s market team with KPI development and with training. Likewise, the women’s market team can integrate their knowledge of the customer and what they need so that the training developed by HR can be as effective as possible. These two functions in the organization can work together so that the bank becomes the employer of choice for women and the bank of choice for women – which can also lead them to become the bank of choice overall. Improving service to women truly lifts the service level for all customers.

What’s next for gender D&I at the GBA?

We’re making gender D&I a bigger focus of our peer learning going forward – including a deep-dive discussion on the topic in a panel at our flagship event, the GBA Annual Summit, this November in Jordan. Based on the learnings of this brief and the experiences of our members, we will write a step-by-step how-to guide on becoming a gender diverse and inclusive organization. This mirrors our how-to guide to “Winning the Women’s Market,” which was written using insights from 13 members on implementing a strategy for the women’s market. We also plan to establish a Working Group on women in leadership because we do recognize that the leadership gap is the most pressing challenge for FSPs. There is so much insight already within the GBA network on this, and we plan to continue to share best practices with members as well as the public more broadly.

If you are interested in learning more about FSG’s gender work or the GBA, please get in touch.