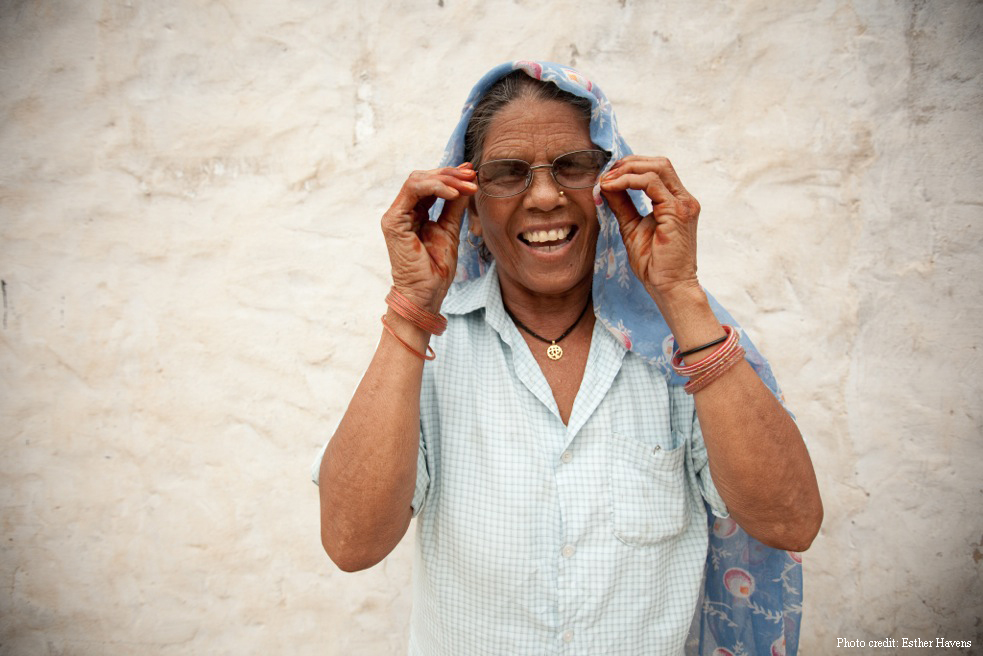 Many people take having access to eyeglasses for granted. And yet, more than 2 billion people around the world, largely in developing countries, live with poor vision because they lack access to eyeglasses. Most are unable to get their vision tested due to a global shortage of eye doctors, particularly in rural areas. Others are unable to afford the eyeglasses themselves, and some who are either unaware or unconvinced of the benefits of eyeglasses do not seek them out.

Uncorrected vision problems often have serious consequences. Children with poor vision are less likely to succeed academically and more likely to drop out of school. Uncorrected vision can affect work efficiency and safety in adults, and contributes to increased road accidents. For the elderly, almost all of whom need eyeglasses as they age, poor vision results in more falls and accidents, as well as in poorer health.

We began working with FSG to help us define our value proposition and build the EYElliance coalition. The team at FSG were true thought-partners who exceeded our expectations. We were impressed with their ability to use the data they produced in a meaningful way.

Providing eyeglasses to 2 billion people is challenging. It requires multi-faceted action from a cross-sector group of actors including healthcare systems, private sector eyeglass manufacturers and retailers, NGOs and social enterprises, and policymakers. It requires both expanding the supply of eyeglasses and growing the demand for them. And it requires innovation to move beyond traditional charity models that have proven ineffective and impossible to scale and to identify new technologies and business models that can reach people across the world.

To inform the EYElliance’s strategy, FSG conducted an extensive landscape study that assessed the scope and demographics of the target population, major barriers to the use of eyeglasses, and key actors in the eye health space while identifying opportunities for a new alliance to strengthen ongoing efforts or pursue new initiatives. FSG then built on this study to identify the most impactful roles and activities for the EYElliance to pursue.

FSG’s research is helping to build the case for EYElliance among a broadening group of stakeholders and to move the group of key champions toward consensus about how the new coalition will help advance the global efforts that exist today.

About VisionSpring
Founded in 2001 by U.S. optometrist Jordan Kassalow, VisionSpring’s mission is to ensure affordable access to eyewear, everywhere. VisionSpring achieves its mission by delivering high-quality, culturally appropriate optical goods and services to the BoP consumer. At the same time, VisionSpring’s high-volume/low-margin approach demonstrates to larger optical-industry players that the BoP is a potentially viable market.