Collaboration in the Canadian Oil Sands 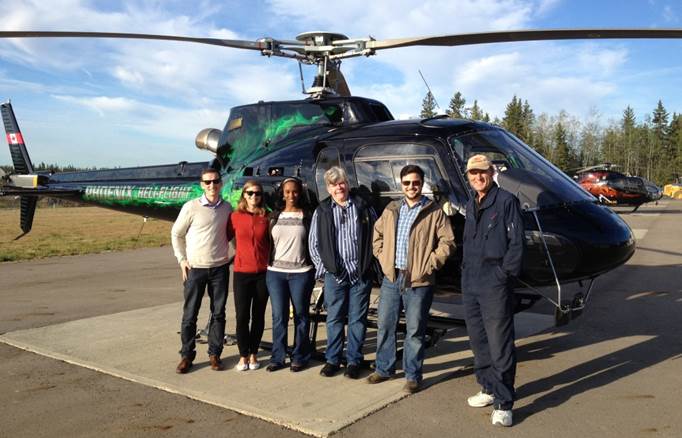 The FSG shared value in extractives research team just came back from a week of interviews, presentations and site visits in Calgary, Edmonton and Fort McMurray in Alberta, Canada. The team was especially interested in visiting Alberta because of the size of the oil and gas industry, and its tremendous potential for positive – and negative – impact. Northern Alberta holds the world’s largest reserves of oil locked in sands and rock – bitumen. The industry has grown tremendously over the last decade, reaching almost 2 million barrels a day in 2012, corresponding to 16.5% of Canada’s capital stock and about 4.5% of Canada’s GDP.

The biggest issue on companies’ minds is the availability and retention of a qualified workforce. The industry has grown exponentially, and continues to grow quickly, and it has been estimated that 35% of positions created in the next 3 years will remain unfilled. Some companies have seen average turnover move from 2-3 years to 4-5 months, creating huge costs and risks for businesses. In response to this, companies are involved in world-wide recruiting efforts, constantly training new staff, and paying for expensive fly-in fly-out arrangements.

Community members and nonprofits, on the other hand, are concerned about livability and quality of life in Fort McMurray, the City located at the heart of the oil sands. The average house price in Fort McMurray is $740,000, and 34% of the local population lives in so called “work camps” that house the large population of fly-in and fly-out workers. The City and region suffer from a lack of services that potential future residents seek – emergency medical services on the highways, modern water and sewage facilities, a full-service hospital and the everyday pleasures of shops and restaurants (the high prices of real estate and staff makes it hard for these businesses to survive).

It struck us that the inherent shared value opportunity is large-scale community development. And, to get away from a “tragedy of the commons” situation, collaboration will be needed to make it happen. In fact, the oil and gas industry in Alberta is already engaging in sophisticated collaboration. To name one interesting example, the Canadian Oil Sands Innovation Alliance (COSIA) is an effort by 12 oil and gas companies to find more environmentally friendly production methods in the oil sands by sharing new innovations and technologies. So far, 446 distinct technologies, costing over $700 million to develop, have been shared. On a more local scale, several companies merged their private bus services to create a public bus network in Fort McMurray, reducing their own cost as well as traffic and emissions in town.  Imagine if a large proportion of the companies in the area, together with government and local stakeholders, could funnel their resources towards fast and long-term community development.

Based on what we found last week and discussions within the team, we have an emerging hypothesis that many complex business and social challenges will require collaborative shared value approaches.  We are curious to learn about whether this is happening in other geographies. Is this unique to Alberta? Tell us your story!